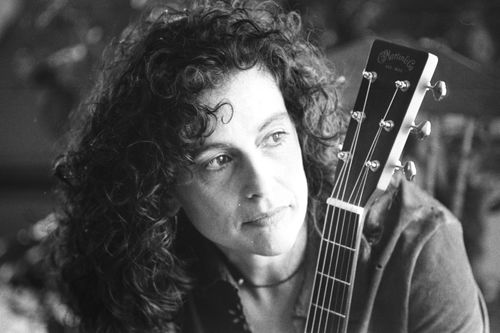 Gail has been performing publicly since the early 1980s. Her first musical experience came while living in Brunswick, ME. Gail worked on area horse farms and also on the Tall Ships out of Camden Harbor. She would work the galleys by day, then sing on the deck in the evening. Gail has appeared on stages both as a solo musician and as a member of the former CT-based band, "The Hot Flashes".

During the past twenty-plus years Gail has gained the respect of audiences throughout the USA, Ireland and several European countries.

A strong guitarist and clawhammer banjo player with a rich and soulful voice, Gail brings forth fresh renditions of folk, blues, old-time, bluegrass and swing favorites. Though steeped in the roots of American music, her diverse array of influences enable Gail to handle the transition from one musical genre to the next, with a fluidity that will foster a true appreciation of her talent.

Her beautifully crafted original songs such as "Anna's Owl" and "Harder Every Day" are certain to touch your heart. Whether she performs solo, or with her band, Gail's guitar work and wondrous voice combine to create an enchanting performance you'll not soon forget. 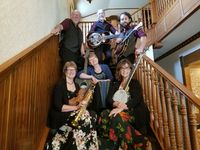 The Hot Flashes PROOF OF VACCINATION REQUIRED TO ATTEND

The Hot Flashes at The Marlborough Arts Center

Admission at the door is $20/person. Doors open at 7:00 p.m. with the concert at 7:30 p.m. BYOWine; other refreshments will be available.

This is a lovely concert Series at a spectacular New England Horse Farm! We are sharing the afternoon of music with The Lexington High Schooll Madrigal Singers. These young singers were winners of the WGBH TV show, Sing That Thing! We will perform from 2pm -2:45.